Brishkay Ahmed: Unveiling the History of the Burqa

This piece was originally published in OF NOTE Magazine as part of its special issue on The Burqa.

By Bureen Ruffin
Across the globe the burqa is ubiquitous: in the markets of Kabul, on the streets of New York City, on the runways of Givenchy, and in pop music videos. It is increasingly at the center of heated debates in the East and West, but little is known about the burqa’s origin and history, particularly in the West. Canada was recently the latest in a number of countries embroiled in a battle to restrict or ban the controversial garment.
In her documentary film “Story of Burqa: Case of a Confused Afghan,” Brishkay Ahmed, an Afghan-Canadian filmmaker, takes on the enormous task of uncovering the story of how the burqa came to be associated with Afghanistan and its role in the lives of Afghan women and girls.
Ahmed and her camera crew take the viewer on a journey through the alleyways and past the stalls of the Kabul markets, where burqas are made, sold, and worn. By her own admission, Ahmed’s Dari (a dialect of Persian spoken in Afghanistan) is poor; still, she unflinchingly interrogates her sources—shoppers, tailors, politicians, women, and intellectuals—for answers.
The result is a film that gives voice to a more nuanced and complex narrative that, at the very least, belies popular perceptions of the burqa.
I recently spoke with Ahmed over Skype about her documentary film, which premiered at the 2012 DOXA Documentary Film Festival in Vancouver. The film, she says, has sparked honest dialogue about the burqa. For the filmmaker, who recently took to social media to dispel inaccuracies about the burqa when the debates hit close to home in Canada, the value of frank discussions on this issue has never been more vital.
Ahmed is happy the documentary continues to reach diverse audiences in Canada and the U.S., but she hopes to show it to men and women inside Afghanistan and other Islamic nations.
What follows is our discussion about filmmaking, activism, and women.

Bureen Ruffin was born in New York City to Haitian parents. She holds an MFA in Creative Writing and an MA in Liberal Studies from the New School and teaches writing at Pace University. She is currently working on a memoir and occasionally tweets @lepetittoutou.

[Photos courtesy of Brishkay Ahmed and OF NOTE Magazine]

The End of the Beginning 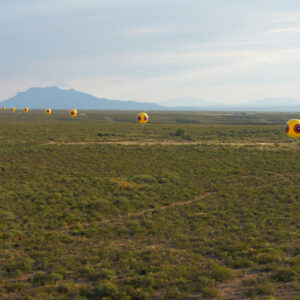