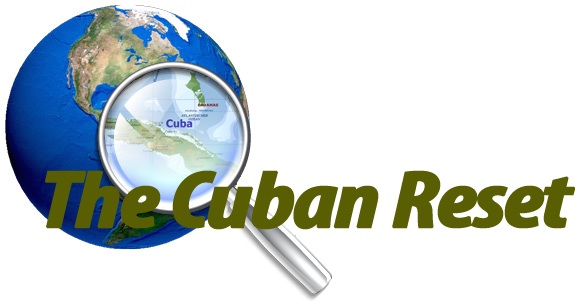 By Ted A. Henken
In late 2010, after years of antagonistic policies toward Cuba’s tiny private sector, the Cuban government dramatically altered its approach in order to unleash its employment potential. Since then the sector has grown from less than 150,000 licensed operators to more than half a million.
When combined with the island’s estimated 600,000 unlicensed or part-time entrepreneurs, the 575,000 private farmers and members of agricultural cooperatives, and the 50,000 employees of Cuba’s joint ventures with foreign companies, the private sector now comprises a full third of Cuba’s labor force.
Despite this significant and indeed unprecedented quantitative growth during President Raúl Castro’s tenure, Cuba’s cuentapropistas (self-employed workers or literally, “on your own-ists”) continue to be hobbled by numerous qualitative restrictions. These include a fiercely-guarded state monopoly on foreign trade, an explicit rejection of private concentrations of wealth, and a restrictive list that limits the sector to just 201 largely unproductive, survival-oriented occupations that create little wealth and fail to take advantage of one of Cuba’s strategic assets: an innovative and highly educated workforce.
For example, only 27 percent of licenses have gone to skilled workers or professionals, leaving the vast majority of workers trapped in semi- or unskilled jobs like knife sharpener, palm tree trimmer, button upholsterer, and sheep shearer.
Additionally, the government has yet to set up effective and affordable wholesale markets or sources of credit to help these new start-ups grow. And while Cuba has the most educated, low cost labor force in the world, an effective ban exists on exercising most professions in the private sector.
With international tourism arrivals up 18 percent in 2015, drivers of private sector growth are accelerating, but severe restrictions remain on converting this promise into prosperity. For example, although Cuba has a large surplus pool of computer science talent, Internet access remains among the lowest and most expensive in the Western Hemisphere. Only between 5 and 25 percent of the population have some form of web access and the typical $2 an hour cost is equal to 10 percent of the average Cuban’s monthly salary.
Still, the private sector has benefitted from economic reforms that include easily obtained business licenses, a more responsive tax code, the ability to hire workers, and a shift in state mentality that sees the “non-state sector” as a positive compliment to the still dominant but largely inefficient and unproductive state enterprise sector.
For example, while food service (11 percent), transportation (9 percent), and home rental (5 percent) activities are the leading entrepreneurial sectors both in terms of revenue and employment, another 20 percent of the half a million cuentapropista licenses have been issued to the more than 100,000 “contractors” who work for other private businesses. In other words, the private sector includes both the entrepreneurial owners of small businesses, like Cuba’s renowned paladares (private, home-based restaurants) and bed and breakfasts, and the workers employed in those same businesses, an arrangement not allowed since 1968.
Even more dramatically, starting one year ago on Dec. 17, 2014, the U.S. and Cuba began a process of normalization, which has included diplomatic recognition, the opening of embassies, and a series of talks focusing on improving telecommunications, and empowering the small-business sector on the island.
This diplomatic thaw has the potential to help Cuba solve its internal economic bottlenecks by providing entrepreneurs access to credit, wholesale markets, and the vast U.S. consumer base, while also allowing American companies to hire Cuban workers and enter the Cuban market.
However, all this potential will remain largely untapped as long as the U.S. embargo remains the law of the land and the Cuban government continues to lock most island entrepreneurs out of the most innovative and productive sectors of the economy.
This fact sheet aims to provide U.S. policymakers and their constituents quick access to basic information on the Cuban economy and the ongoing entrepreneurial reform process on the island so that future changes in U.S. policy can be properly calibrated to encourage and incentivize deeper reforms that unlock the full productive potential of Cuba’s entrepreneurial class.

Ted A. Henken is associate professor of sociology and Latin American studies at Baruch College, City University of New York, president ex-officio of the Association for the Study of the Cuban Economy, and co-author with Archibald Ritter Entrepreneurial Cuba: The Changing Policy Landscape (FirstForumPress 2015).
Co-sponsored by the Engage Cuba Coalition and the Cuba Emprende Foundation.
[Photo courtesy of Wikicommons]

Looking for Cuba on the Campaign Trail

10 Tips for Traveling to Cuba 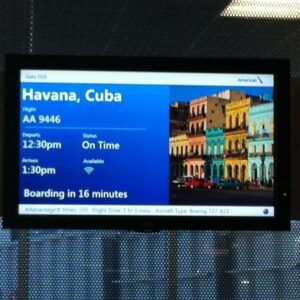 Before Traveling to Cuba