Yesterday marked the first anniversary of the normalization of relations between Cuba and the United States. Lawrence Gutman recounts the developments of the past year and argues that the next question for Havana will be how to take advantage of new opportunities for engagement with the U.S.
This diplomatic thaw between the U.S. and Cuba also has the potential to help Cuba solve its internal economic bottlenecks. Ted A. Henken argues all this potential will remain largely untapped as long as the U.S. embargo remains in place and the Cuban government continues to lock most island entrepreneurs out of the private sector.
Meanwhile, as public services crumble under a corrupt system, Iraqi citizens are fleeing to the West. Yasir Yosef writes that time is running out for officials to restore faith in Iraqi governance.

The winter issue of World Policy Journal, Latin America on Life Support?, is now available! A commodity boom in the 2000s fueled economies across the region, as demand from China coincided with low interest rates, a surge in foreign investment, and abundant credit. In many countries, inequality decreased, and, for the first time, the middle class outnumbered those living in poverty. But, perhaps inevitably, the party ended. The commodity boom went bust, and those countries that did not act responsibly face a financial hangover. From Venezuela ignoring its brain drain to Cuba reforming its economy, this issue of World Policy Journal examines how different Latin American countries are adapting to this economic downcycle.

Belinda Cooper writes for Women Across Frontiers about the reconceptualization of domestic violence in international law. Earlier this week, she was featured on the panel “Freedom from Fear and Freedom from Want: Challenges in Advancing Human Protection,” organized by John Jay College of Criminal Justice.
Jonathan Cristol gave a lecture via Skype titled “Media Perceptions of Foreign Policy Differences in the 2016 U.S. Presidential Election” to the School of Media and Applied Policy at the University of Macedonia in Greece.
James H. Nolt writes for the World Policy Blog about why price stability is based on agreements between private entities, not on free markets.
David Stevens was joined by Dr. Marc-Antoine Pérouse de Montclos, professor of political science at the French Institute of Geopolitics in the University of Paris 8, last week to discuss the jihadist threat in West Africa and its impact on politics, industry, and development in the region.

This is the final World Policy newsletter for 2015. We will return in January with exciting new events and continued insightful coverage of global issues.
To attend our 2016 events, consider becoming a Member today. World Policy Membership offers a number of benefits and puts you at the center of our community of professionals engaged in innovative, solution-oriented dialogues on crucial global challenges.

Don’t forget to sign up for our weekly newsletters to find out the latest from the pages and website of World Policy Journal. Whether your interests are in emerging markets, the environment, urban informality, or just the most insightful perspectives on global events from across the world, World Policy has you covered. Subscribe today!
[Photo by Jorge Royan] 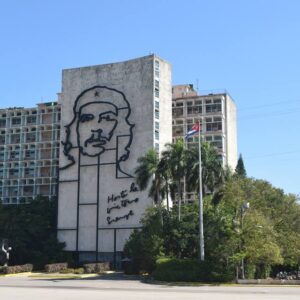 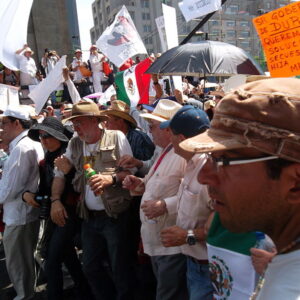