Through community organizing, Indigenous Oaxacans living in California have maintained close ties with their Mexican places of origin 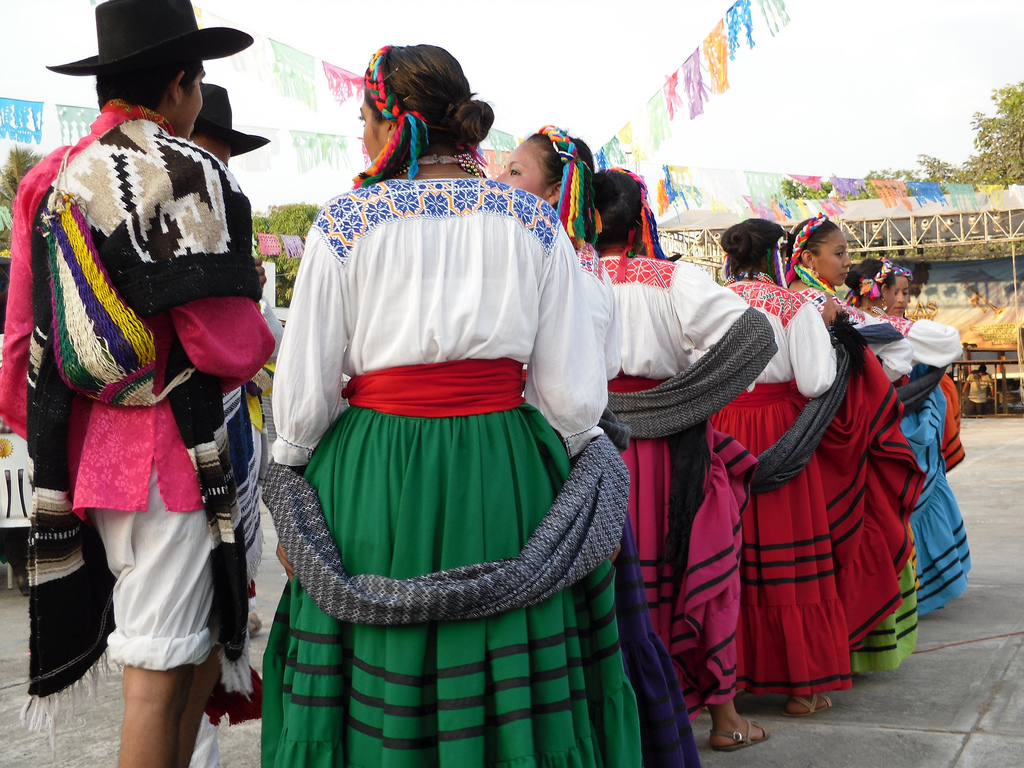 In our Big Question feature, World Policy Journal asks a panel of experts to provide insight into the cover theme. The question for the winter 2017/2018 Native Voices issue is: How has migration affected Indigenous cultural and political identities? Below, Gaspar Rivera-Salgado describes how Indigenous Oaxacans in California have maintained a rich cultural exchange with their communities of origin in Mexico.

Mixtecs and Zapotecs are Indigenous peoples from the southern Mexican state of Oaxaca. They have been coming to the United States since the late 1970s as migrant workers, initially in agriculture but now in a variety of industries across California.

These Indigenous migrants participate in a rich cultural exchange between the United States and Mexico. When they return to their communities of origin, they bring with them commodities, styles, and attitudes acquired in the north. Mixtecs and Zapotecs’ sense of their ethnic identity only began to emerge in the late 1970s and early 1980s. This occurred not in Oaxaca but in the commercial agricultural enclaves of northwest Mexico, in urban shantytowns of the border area, and in California. Paradoxically, migrants’ presence in the U.S. labor market also reinforces what appear to be “traditional” practices at home. For example, traditional fiestas, which are central to social life within Indigenous communities, have been not only perpetuated but also made more elaborate when celebrated in the north.

The parallel process of long-term settlement and geographic concentration has created a critical mass of Indigenous Oaxacans in migrant communities, particularly in California. Distinctive forms of social organization and cultural expression have emerged in these areas, especially among Mixtecs and Zapotecs. Formal binational organizations, which maintain close ties to Oaxacan religious and local government institutions, allow people to draw on ancestral cultural legacies to build U.S. branches of their home communities. Expressions of cultural identity range from civic-political organizations to public celebrations of ancestral religious holidays, basketball tournaments involving dozens of teams, traditional music and dance festivals such as the Guelaguetza, and village-based bands, some of which return to play in their Oaxacan hometown fiestas.

Cultural and political projects also include the revival of traditional weaving workshops, the publication of binational newspapers, the airing of Indigenous- and Spanish-language radio programs, and efforts to provide translation services and preserve Indigenous languages, as well as the emergence of writers and visual artists with cross-border sensibilities. Further, it is not uncommon for migrant workers who have done relatively well in the north to volunteer or to be appointed or elected to serve in their Oaxacan hometowns as mayordomos (sponsors) of festivities that celebrate the local patron saint. The expenses for these festivities can run into the thousands of dollars and are paid by the relatives of the main mayordomo. Many migrant families living permanently or working temporarily in the United States return to Oaxaca during these celebrations, infusing even more money into them and adding to the excitement of the events. The return of Indigenous migrants for these celebrations and their continuous involvement in the political and social life of their community of origin has allowed once-closed societies to redefine their boundaries and embrace migrants living 2,000 miles away.

Indigenous migrants have been and remain able to mobilize and transform their cultural and social resources to resist acculturation and full incorporation into highly exploitive wage-labor situations. Thus, whereas most conventional migration theories predict that long-term extensive migration reduces ethnicity and promotes assimilation, the case of Mixtecs and Zapotecs points to just the opposite.

As Indigenous migrants build new lives in places distant from their homelands, it is important to them that they remain who they are and remember where they came from. By meeting this challenge, they may achieve the long-cherished goal, enshrined in the U.N. Declaration on the Rights of Indigenous Peoples, of being “equal to all other peoples, while recognizing the right of all peoples to be different, to consider themselves different, and to be respected as such.” Organizing among Indigenous migrants has been integral in furthering this aim.

Gaspar Rivera-Salgado is project director at UCLA Labor Center. He is the author, with Jonathan Fox, of “Building civil society among indigenous migrants” in Indigenous Mexican Migrants in the United States (2004), which this article is based on.