In the Caribbean, the Indigenous rights movement is inextricably bound up with the fight for climate justice 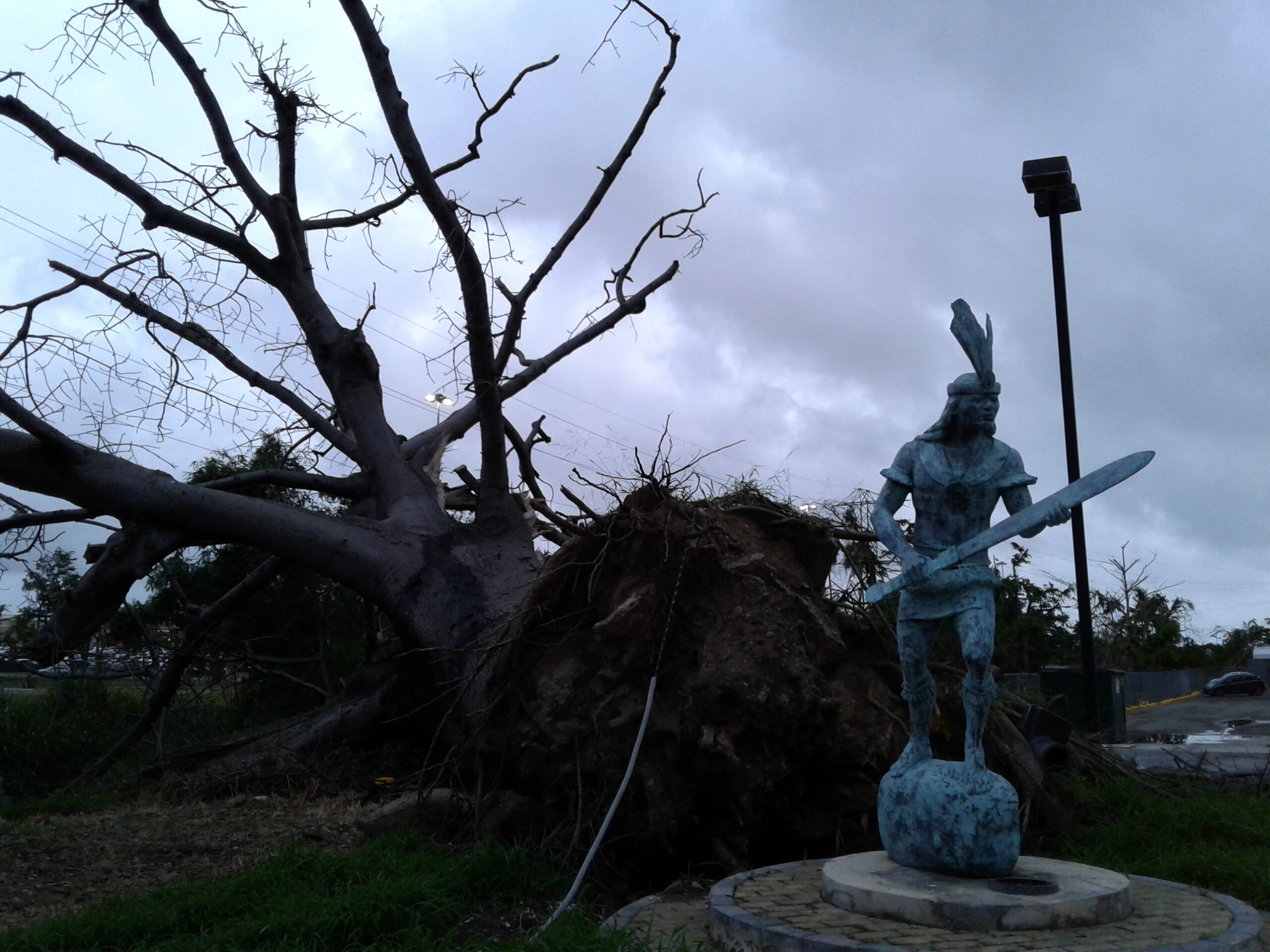 With their striking flora and fauna and consistently pleasant temperatures, it’s no wonder that the Caribbean islands are often described as paradise. Across the region, ecosystems ranging from high-elevation cloud forests to cactus scrublands boast an incredible array of plants and animals. The Caribbean is also designated as a biodiversity hotspot, which means that its rich natural resources are under threat of destruction. About 70 percent of its original habitats have been lost to natural processes such as water and wind erosion, as well as human activities like deforestation, chemical dumping, and construction. Rising sea levels are another looming menace.

One of the first recorded comparisons between the Caribbean and paradise came from Christopher Columbus in 1492 as he gazed upon the islands during his first voyage west. As we all know, Columbus sailed the ocean blue on behalf of the monarchs of Spain, both to find a faster trade route to Asia and to spread Catholicism. His name in Spanish, Cristóbal Colón, translates to “Christ-bearing colonizer,” and by all accounts he took this as a mandate. While justifying his actions with religion, Colón zealously commodified nature and human beings—including Indigenous people and Africans—to fund his colonial enterprise. Colón initiated the trans-Atlantic slave trade and supervised shipments of Indigenous peoples from the Caribbean to Europe. It was this ground-zero encounter, this tragic meeting of the so-called Old and New Worlds, that altered the course of global history. From Colón on, emerging European powers launched campaigns of genocide, forced religious conversion, and empire-building in the Caribbean—and subsequently throughout the Americas. These are the origins of the inequitable economic and social power relations that still exist in the region.

The islands of the Caribbean were also where the term “Indian” was first applied to the Indigenous peoples of the Western Hemisphere. Among those Colón first encountered on his voyage were members of the Arawakan linguistic and cultural group, who called themselves Taíno, which translates to “good people.” At the time of contact, Taíno lived throughout the Greater Antilles and the Bahamas, and even in the southern area of what is today called Florida in the U.S. They traversed the Caribbean Sea by kanoa (canoes), the largest of which were said to hold up to 150 persons. Early European chroniclers noted that they spoke a lingua franca that was widely understood across the islands. Taíno communities were organized into chiefdoms focused on agriculture, fishing, hunting, gathering, and trade. The Taíno also enjoyed a rich spiritual and recreational life: Fray Ramón Pané, a 15th-century Spanish monk who accompanied Colón on his second voyage to the Americas, documented Taíno songs, origin stories, and the religious practice of carving elaborate figures to honor deities.

Roberto Múkaro Borrero is president of the United Confederation of Taíno People, co-convener of the Indigenous Peoples Major Group on the United Nations Sustainable Development Goals, and a programs and communications coordinator for the International Indian Treaty Council.