In Print: “Life on Mars” 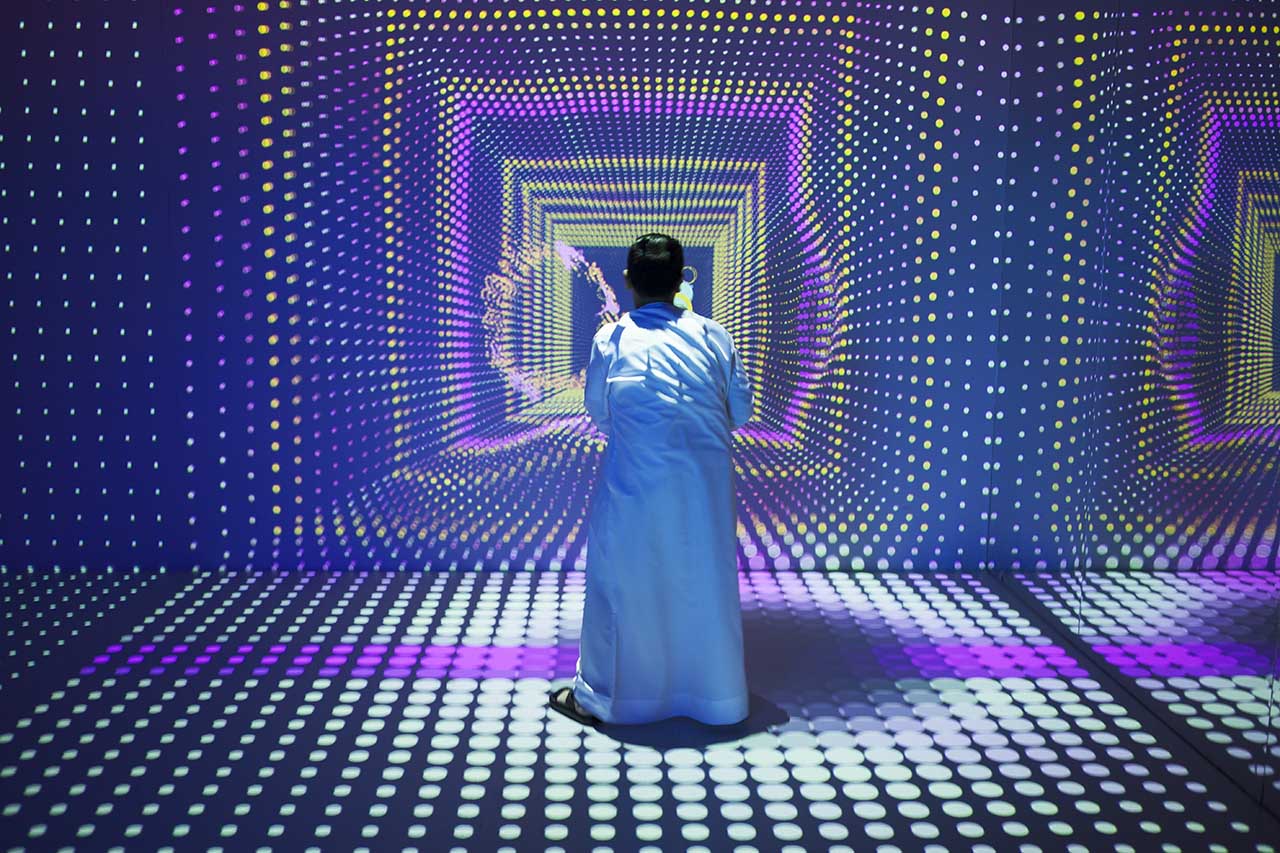 Picture Dubai, sometime after the discovery of oil in 1966, and before the import-export boxiness of the 1980s was ascendant. It’s probably the early 70s, during or shortly after the Arab oil embargo of 1973–4. This image of Dubai is one of sleepy, slightly oily glamour, all bedouins and boîtes. Of mirrored sunglasses and the earliest mirrored buildings, tinted copper, steel blue or sage, the kind you see as “before” examples in photos of the country’s evolution. Sheikh Rashid bin Saeed al Maktoum, founding ruler of Dubai, says, “My grandfather rode a camel, my father rode a camel, I drive a Mercedes, my son drives a Land Rover, his son will drive a Land Rover, but his son will ride a camel.” It’s a quote that has since been repeated so often that its origins have become apocrypha, but its connotations remain fixed. Sheikh Rashid is wary of the sudden influx of oil wealth. He knows that it can’t last forever, that it’s risky to depend on a single resource. That Dubai’s economy must be radically diversified if the country is to survive into the next century. Like his son, current ruler of Dubai and Emirati Prime Minister Sheikh Mohammed, he is a visionary. He sees the future and then brings it into being. Or so the comparison photos show.

I’m now thinking of the go-to diptych of Dubai’s development, which features two images: one of Dubai’s arterial highway, Sheikh Zayed Road, snaking through empty sand and coastal scrub, and another matched shot showing the city’s current receiving lines of skyscrapers. In it, the saltwater inlet that contributed to Dubai’s history as a trading entrepot is scattered with wooden dhows, and lined with even more skyscrapers, which crowd its sides like iron filings. And now: satellite images of the coastline pre-and post the completion of Dubai’s signature continent-shaped island, and palm shaped-islands. Of the Burj Khalifa, currently the world’s tallest building, dwarfing all the other very tall buildings at its base, depicted alone because what could compare? The thing about the genre of “before and after” photos is that they usually describe an external, often calamitous, out-of-human-control event. Here’s the verdant forest and here it is decimated by a tsunami; here’s a once-prosperous city after a fire, a tornado, a hurricane, a flood. But in Dubai’s case there never is any event except Dubai. Here’s the city before and after itself, and during the ongoing process of its own becoming.

Also out of this world is Dubai’s new projected image of itself. It’s a full-throated embrace of Gulf futurism, a term coined by artist and writer Sophia al Maria to describe the hypermediated conditions of life on the peninsula at the extreme promontory of the future. This is a futurism that is very much in the Italofascist, as opposed to Afro, mold—all the aesthetics of science fiction without the social justice. Why be content with the nostalgic Space Age starchitecture of the Burj Khalifa or Martian landscape comparisons when you can literally go to space, pick up the reins of Muslim cosmology, and aim for the stars? So, when Dubai hosts the World Expo in 2020—potentially featuring Elon Musk’s first high-speed Hyperloop transport system—the United Arab Emirates will launch a probe to Mars. It will be the first major foray into space from any Arab or predominantly Muslim country. The probe will arrive on Mars in 2021, just in time for the 50th anniversary of the country’s founding, with all the attendant jingoism and nationalistic fervor. The team behind the Mars Mission will, unusually, be 100 percent Emirati, with a significant assist from South Korean space engineers. As Dubai shifts more broadly to being less reliant on foreign knowledge and skills (while still being dependent on imported physical labor), the Mars Mission feels like a pilot program in more ways than one.

Rahel Aima is a writer based between Brooklyn and Dubai, and special projects editor at The New Inquiry.

[Photo courtesy of Museum of the Future, Dubai Future Foundation]