On This Day: Earthquake in Nepal

Three years after a severe earthquake devastated Nepal, we revisit the questions it raised about political change and cultural heritage 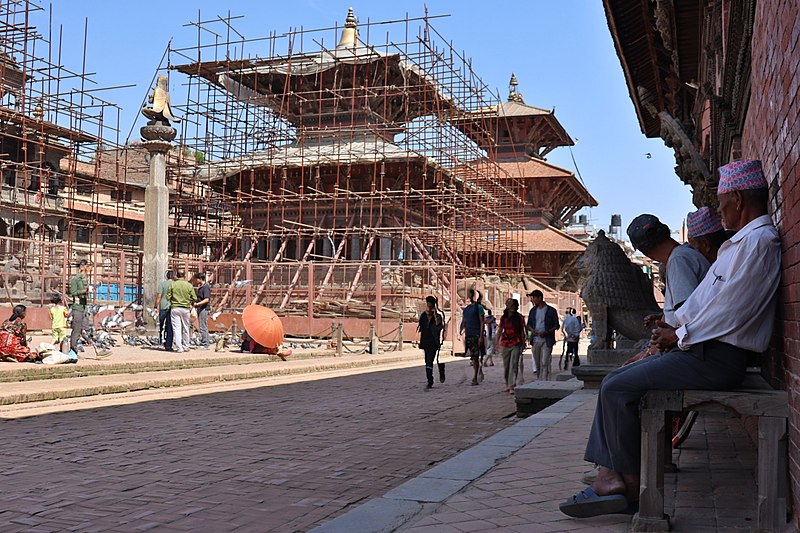 On April 25, 2015, Nepal experienced its most severe earthquake in more than 80 years. The initial quake and its aftershocks killed nearly 9,000 people and caused roughly $10 billion—half the country’s GDP—in damage. Nepal, a landlocked country of 30 million sandwiched between China and India, was faced with the challenge of rebuilding hundreds of thousands of homes and restoring centuries-old cultural heritage sites.

Further complicating the country’s recovery process, the earthquake came at a time of political transition. A decade-long civil war between the government and Maoist rebels ended in 2006, and the monarchy was abolished the following year, paving the way for the establishment of a federal republic, governed under an interim constitution, in 2008. When disaster struck in 2015, negotiations over a permanent constitution were ongoing. As Kunda Dixit, editor of the Nepali Times, noted in World Policy Journal shortly after the earthquake, the shortcomings of the country’s emergency response were connected to post-conflict instability and governance problems.

With seismologists speculating that another earthquake could be on the horizon, learning from the events of 2015 has become all the more pressing. And, with the Trump administration preparing to cancel residency permits for people granted temporary protection status following the quake, 9,000 Nepalis living in the U.S. face deportation. Below you’ll find a list of recommended reading (and listening) about the earthquake and its aftermath, which span Nepalis’ hopes for political change in the wake of natural disaster to current debates about reconstructing the country’s cultural heritage.

Listen to Kunda Dixit discuss the prospects for reform following the earthquake:

In the days after the earthquake, Manjushree Thapa reflected on Nepalis’ lack of preparedness in Foreign Policy. Almost a year later, she wrote in The Walrus about government paralysis following the April 25 disaster—and why the reconstruction process must include repairing Nepali democracy.

Reporting for Himal Southasian from a hard-hit rural village in the Gorkha region, Niranjan Kunwar describes using art as a form of therapy for survivors of the earthquake.

Catherine Warner and Pradeep Singh write in Himal Southasian about how the earthquake laid bare the uneven and unequal access to information in Nepal, a country where limited internet access can make it challenging to gather data and maintain communication with isolated communities.

Before-and-after photographs by Alan Taylor in The Atlantic show the progress of rebuilding efforts in the year following the earthquake.

In The Caravan, Atul Bhattarai reports on a recent movement to restore Kasthamandap, an iconic monument (and the namesake of Nepal’s capital, Kathmandu), and the conversations it has sparked about cultural heritage.