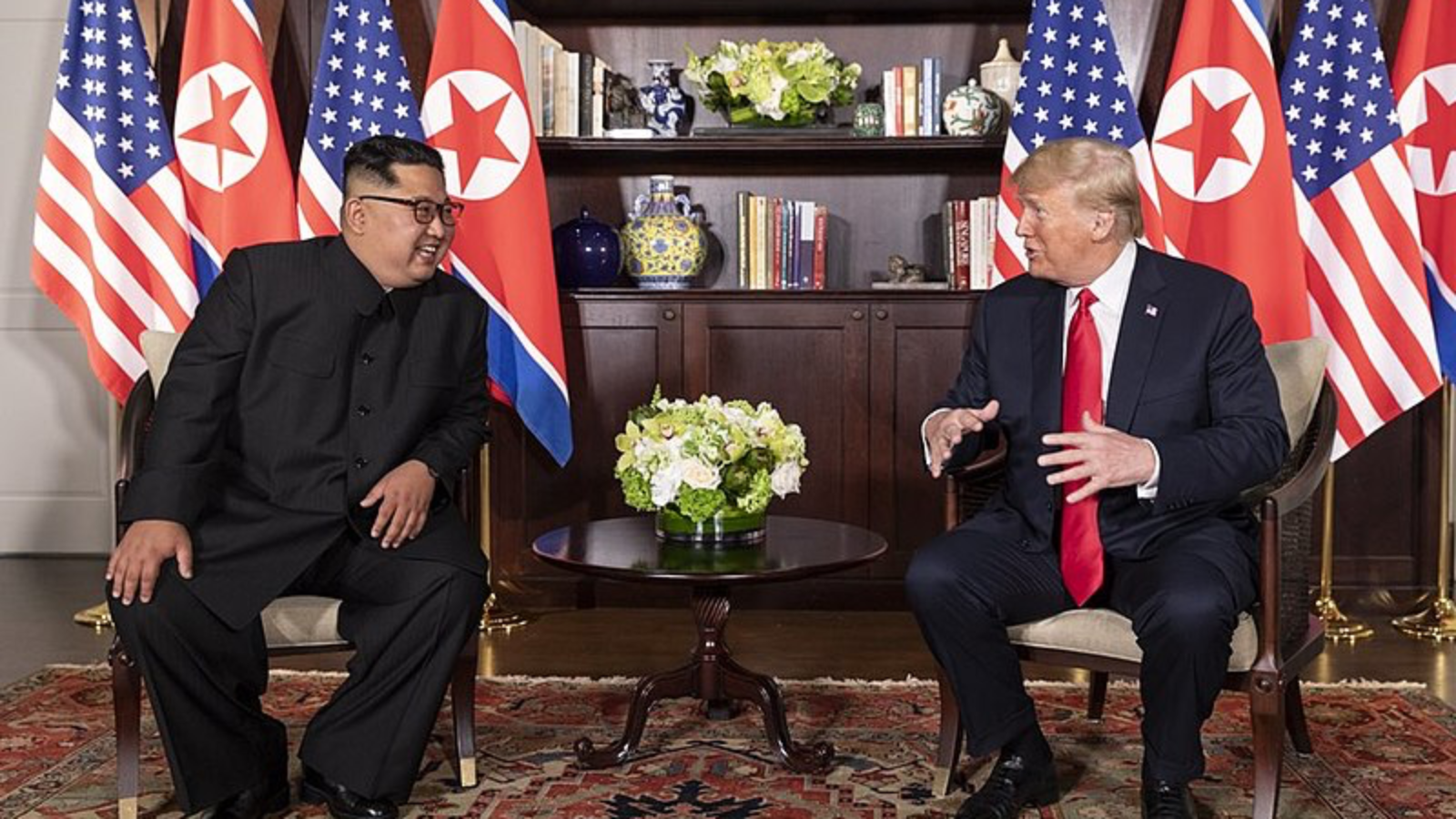 On July 22, U.S. President Donald Trump tweeted an all-caps threat to Iranian President Hassan Rouhani, promising “CONSEQUENCES THE LIKES OF WHICH FEW THROUGHOUT HISTORY HAVE EVER SUFFERED BEFORE” as retaliation in the event that Rouhani verbally threatened the United States. The threat was an eerie echo of the one that Trump sent exactly 10 months earlier to North Korean leader Kim Jong Un. In that tweet, Trump referred to Kim as a “madman” who will “be tested like never before!” And while Trump may seem unpredictable, he has been consistent in his desires both to undo former President Barack Obama’s legacy and to be seen as the only person capable of solving domestic and international problems.

Trump’s approach to both Iran and North Korea combines these two goals in a strategy of rhetorical brinkmanship. In each case, Trump fired off a bellicose tweet using the language of “fire and fury.” This rhetoric aims to draw attention away from other political problems and to the “art” of international negotiation. Instead of inciting kinetic conflict, the aggressive words are meant to set up a problem that Trump can “solve,” emerging as the valiant peacemaker when the status quo is reinstated.

The effects of Trump’s tweets are extensive and lasting. They are intended to create chaos and apply pressure on adversaries before the start of negotiations. This pattern worked with reasonable success in North Korea—a destitute state with few diplomatic advocates. The escalation of pressure brought Pyongyang to the negotiating table and eventually to the Singapore summit.

The outcome of the summit negotiations, however, was disappointing. Beyond the flashy visuals and history-making meetings, most experts agree that it was a win for China and North Korea, and a loss for Washington. With Trump’s decision to cease joint military exercises with South Korea, Beijing is closer to achieving preeminent influence in East Asia, filling the void that the U.S. would leave behind. In fact, the summit achieved little in bringing North Korea closer to denuclearization; no concrete steps were put in place to demonstrate North Korea’s commitment to “the complete denuclearization of the Korean peninsula.”

Some speculate that Trump is now invoking the same strategy with Rouhani, but in Iran’s case there are key differences to consider. Iran is not as economically and politically isolated as North Korea; the former has strong trade partners and engagement in international organizations. This is despite Iran’s enemies seeking to sabotage its foreign relations. The starting point of any potential talks, too, is not the same: Iran had a signed agreement in place, but lacks full nuclear capabilities, while North Korea has no deal but maintains an active nuclear program.

But with the imminent dissolution of the JCPOA—the 2015 Iran deal—the time for patience in Tehran has passed. Iran has begun reciprocating Trump’s aggression: In sharp contrast to Rouhani’s calm words in Europe in early July, his statements in the last two weeks have featured fiery rhetoric aimed at the United States, warning that war with Iran would be “the mother of all wars.” Given the results of the North Korean summit, it seems sensible for Iran to pressure Trump into pursuing a similar diplomatic path, at least to bring the U.S. to the negotiating table. In reality, though, talks are unlikely to yield the same outcome.

First, the interests of regional parties diverge in the two cases. Iran is surrounded by states that actively seek to limit Iran’s diplomacy with the United States, such as Saudi Arabia and Israel. The two states were united in their opposition to U.S.-Iran negotiations in 2015, and would most likely push back on any future steps toward reinstating a nuclear deal. In discussions with North Korea, the role of South Korea was a constructive one—Seoul sought to strengthen Pyongyang’s diplomatic ties with the U.S. Even China, Washington’s strategic competitor and Pyongyang’s long-standing benefactor, stood to gain in the security discussions at the summit and so facilitated negotiations. In contrast, Israel and Saudi Arabia see increased ties between the U.S. and Iran as threatening to their security interests.

While the rhetorical battle between the U.S. and Iran has thus far largely been waged through the media, actual negotiations between the two states must factor in larger systems of decision-making. Unlike North Korea, Iran is, arguably, not a unitary dictatorship, and a dramatic shift in diplomatic relations with the United States cannot be made on the sole orders of Rouhani. The president already faces criticism for his dealings with the U.S., and is incapable of shifting the political mood in Iran in favor of engagement with the U.S.; even the Supreme Leader lacks the ability to unilaterally change public opinion or the tenor of domestic politics.

Ultimately, whether the U.S. can achieve a negotiated outcome with Iran similar to the one with North Korea is insignificant. It is unlikely that Trump will be able to portray himself as the “hero” of such a deal, as he tried to do with North Korea—despite failing to leave Singapore with a concrete nuclear agreement. Any deal that is reached with Iran will not be stronger than the JCPOA, which brings us back to status quo—and this is the best-case scenario. The worst is what was shouted at the world last week through our smartphones and computer screens.