Gregory Vaughan: A Haitian Plan to Save Haiti

On March 31, the Haitian government presented to a UN donors' conference its Action Plan for the Reconstr 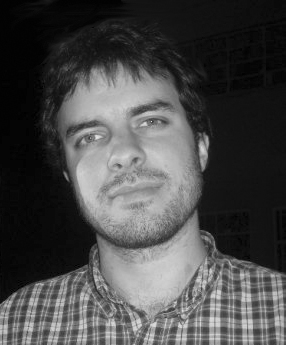 On March 31, the Haitian government presented to a UN donors' conference its Action Plan for the Reconstruction and National Development of Haiti.  The plan was a promising first step in the reconstruction of Haiti.  However, it seems that for much of the global media, the drafting of the redevelopment plan was a happy end to the Haitian story, not the beginning of what will be a long, difficult process.  Post-earthquake news has slowed to a trickle, and the few stories that are coming out of Haiti deal with forced evictions from informal displaced persons camps, inadequate relocation efforts, and the havoc that the rainy season is wreaking on the homeless. Since little progress seems to have been made on Haiti's reconstruction, perhaps it is a good time to revisit the proposals of that March 31 redevelopment plan. I’d like to offer here a critical look at that plan, as well as my own complementary proposal focusing specifically on agrarian development in Haiti, as a means of reigniting interest in Haiti's plight, which has not significantly improved since the story first transfixed us over three months ago.

The Action Plan presented on March 31 asserts a central role for the Haitian government in the reconstruction of the country. Even in its discussion of promoting foreign direct investment, the plan appropriately insists that ultimate, rightful ownership of infrastructure and public services belongs to the government. The Haitian plan advocates a decentralization of population and administration away from Port-au-Prince. The focus is on creating new poles of growth in the other major cities of Haiti (Les Cayes, Hinche, Saint-Marc, Cap Haitien, and Gonaives) as well as reconstructing Leogane, Jacmel, and a decongested, better-planned Port-au-Prince. This means building new schools, hospitals, universities, ports, and airports, a better communications and electricity grid, and distributing public administration among the cities.

There is consideration given to strengthening government presence in smaller towns that have received large numbers of displaced people, but in any case the thinking is mainly urban-based.  The decentralized approach of the government-drafted plan is a massive improvement over the pre-earthquake concentration of government and resources in Port-au-Prince, but the fact remains that the majority of the Haitian populace lives in the countryside, and even urban populations rely directly or indirectly on rural activities (buying and selling of produce and charcoal).  The inadequate attention given to rural development is the plan's main weak point.

The government plan considers ecological restoration, support for displaced people and the households that receive them, agricultural investments, and job creation, but doesn't enter into detail on any of these points. It has an admirable component of rural planning based around watershed management, but even in this point it takes the potentially dangerous stance of considering farmers as an environmental problem to be solved as opposed to the rightful caretakers of the landscape. The agricultural interventions proposed in the government plan are technology-focused. There is no explicit promotion of small farmers, and in fact the plan's approach of favoring more use of industrial inputs and equipment in agriculture is sure to end up favoring larger farmers with more capacity for capital investment. There is no component of land redistribution, nor of protecting farmers through national tariffs on agricultural imports. This latter omission is particularly grave when observers from Oxfam to Bill Clinton have pointed out the disastrous effect that low import tariffs have had on Haitian agricultural.

In the end, the Action Plan for the Reconstruction and National Development of Haiti has many problems. However, if the international community respects the lead role of the Haitian government in the reconstruction of the country, many of these problems can be addressed in time. The Haitian people, with their long tradition of grassroots democracy, are sure to make their voice heard and their desires respected in the process. This would not be possible were the leadership of the reconstruction process in the hands of international bodies or NGOs that are not directly accountable to the Haitian people. So the strong point of the government's plan for Haiti is that the Haitian government has the central leadership role.

Shortly after the earthquake I drafted a plan for agrarian development in Haiti.  It is based on supporting the current outflow of migrants from urban areas affected by the quake to their rural areas of origin.  Both displaced people and the communities and households receiving them would be provided with the means of constructing safe shelter and a dignified livelihood in the countryside.  The end result would be a great strengthening of Haiti's economic base, a revitalization of the countryside, and a less-crowded, better-planned Port au Prince.  My proposal, written before there was any concerted plan for post-earthquake aid and development, gains perhaps more relevance in the light of the Haitian government's new plan. The proposal takes one step further the Haitian government's logic of decentralization, and fills in gaps not adequately covered by the government plan.  If the government proposes national development as a net overlaying Haiti, with major cities connected by roads, electricity, and other infrastructure, my proposal aims to promote agrarian development like a blanket spread over the rural areas, which would otherwise slip between the strands of the government's net.

It is understandable that the government's plan looks at Haiti from a national-level point of view, and that it focuses on national flows of production, infrastructure, and trade. But to a great extent it frames the Haitian people as merely causing or suffering problems that the government must solve, as opposed to their being protagonists in the solution of local and national problems. My proposal demands that the Haitian people, both the displaced and those receiving them, can and should be a vital force in the economic development of their country. This is not only a humanist, progressive vision, but a practical one as well. An example: in the aftermath of the earthquake, despite the contribution by international search and rescue missions of millions of dollars and thousands of man-hours, the vast majority of people removed from under rubble were saved by neighbors working together with little outside help.

To ignore the centrality of Haitians to their own development is a great folly. The Haitian people will continue to be, as they always have been, the main element working towards building a better country, but they would be much more effective if aided by national and international aid that acknowledges them as protagonists.  Conversely, any plan without a central role for the Haitian people, even a plan drafted by the Haitian government, is doomed to be irrelevant or even to run counter to the majority of Haitians working on their own reconstruction and development.