Silence is Golden, Particularly in the Middle East

Jordan is looking a little too much like the autocratic world envisioned in George Orwell’s 1984 of late. 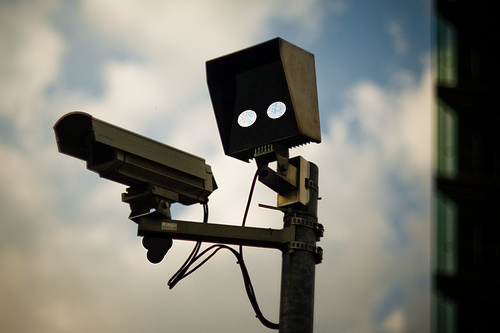 Jordan is looking a little too much like the autocratic world envisioned in George Orwell’s 1984 of late. A Jordanian computer science student, Imad Al-Ash, was arrested recently and sentenced to two years in prison for insulting King Abdullah II online, in a private instant messaging conversation with a friend.

Jordan, ranking 140 out of 196 countries on Freedom House’s 2010 Free Press Rankings, is not known for being especially welcoming to dissenting opinions—particularly from the media. In recent months, Jordan has turned its censors on its citizens as well.

Under a new law, internet cafes are required to install surveillance cameras in order “to prevent access to pornographic and offensive religious content.” All videos taken must then be given to the Ministry of Interior to be processed and examined. Penalties—including heavy fines and jail time—may be imposed on individuals found engaged in questionable activity online.

Given the internet café legislation, Al-Ash’s arrest comes as little surprise. If the Jordanian government is capable of monitoring internet activity in public forums, such as cafes, then surely it can access similar information remotely.

Not all Jordanians are accepting the virtual invasion, however. Jordanian blogger Naseem Al Tarawnah is one such example. On his blog, Black Iris, Al Tarawnah writes, “Perhaps the most dangerous outcome of this case is that it will likely solidify notions held by certain proponents within the state who have been pushing for placing limits on free speech online.”

Commentators on the Black Iris are echoing his sentiment. Reem, for instance, states, “In Jordan it seems that technology is working better for the government to enforce its 18th century laws rather than for the people to move forward.”

Unfortunately, Jordan does not appear to be the exception to the rule. Throughout the Middle East, there has been a rise in government surveillance of the internet. In Egypt, a country ranked by Freedom House as “partially free,” local police killed a blogger after he threatened to expose corruption in the police force. And in Lebanon, similarly labeled as “partially free,” four men were arrested for slandering the president on a Facebook forum.

These incidents point to a disturbing new trend emerging in the Middle East—one in which cyber-silence is one’s best defense against the authority. In this region, where the press is often attacked for criticizing the government and/or military, the public sphere has always provided a space for alternative discourse. Silencing it does not bode well for the development of democracy in an area of the world that stands to benefit from free and open dialogue.

Further detail on Al-Ash's arrest and the Jordanian response at The Black Iris. Read a summary of Jordanian bloggers' responses at Global Voices.

PrevPreviousThe Paradox of Iran’s Nuclear Consensus
NextWho Lost Iraq and Why It Matters: The Case for Offshore BalancingNext
Shopping Basket