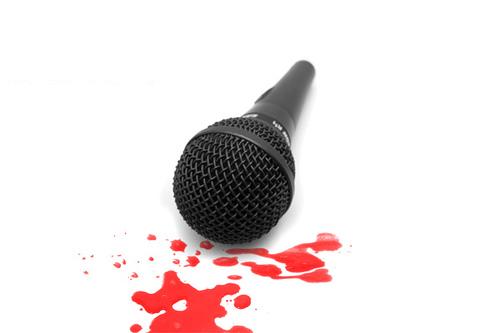 WPI Associate Fellow Shaun Randol founded The Mantle, an online forum through which young intellectuals can voice progressive cultural critique. In this week's Roundtable, The Mantle asks a panel of experts, "What is the role of the musician in a conflict zone?" Randol introduces the discussion below, and the experts' responses may be found at The Mantle.

What is the role of the musician in a conflict zone?

The very question assumes that a musician has a duty to act during a time of conflict. That is, asking a musician about his or her role in a conflict zone assumes that there is an artistic, rather than just a civic, role to play. There is something special about music that speaks to what it means to be human in this world, in times of both peace and conflict. In regards to the latter, Bob Marley and Fela Kuti provide a precedent as to how a musician might react when faced with difficult circumstances. In contemporary times, such likenesses could be drawn on Bono, Angélique Kidjo, Youssou N'Dour, and even Michael Jackson and Shakira.

Musicians have microphones and amplifiers; they are meant to be heard loud and clear across distances. Radio and television, and now online venues like MySpace and YouTube, increase their audiences—and their influence—vastly. When conflict emerges, then, the musician occupies a unique position in culture and society. Should their music and lyrics reflect the upheaval and anxiety that surrounds them and larger society? Or, no matter what they sing about, does the musician's very presence on stage become an act of courage, or disobedience, or leadership?

But, must they act at all? Musicians are meant to be heard, after all. Could the muting of a microphone and the ushering in of a deafening silence have a much greater impact in the face of adversity? Perhaps the more significant act a musician can take is to take no musical action at all, to enact a protest of silence.

Thanks to Omékongo Dibinga, Obaash, Sheba, and Aaron for tackling this provocative issue. The floor is theirs.

Shaun Randol is an Associate Fellow at the World Policy Institute and founder of The Mantle.