We're bringing back pieces from our World Policy Interrupted issue, featuring an all-women roster of contributors 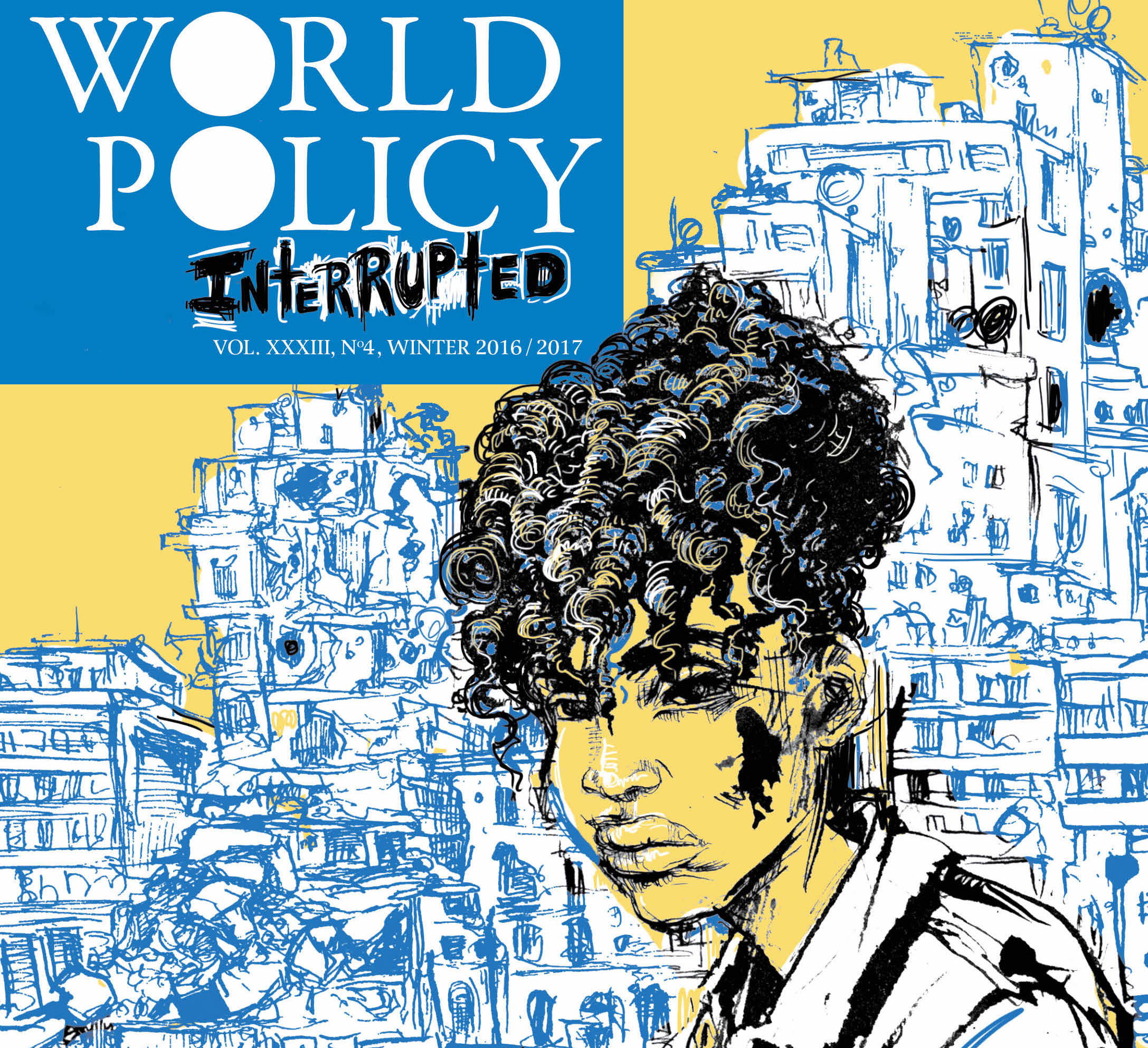 In the U.S., women write only about a quarter of newspaper op-eds—and even that number falls precipitously when looking only at international affairs pieces. To respond to this gender disparity, World Policy Journal teamed up with Elmira Bayrasli and Lauren Bohn, co-founders of Foreign Policy Interrupted—an organization that works to identify, develop, and amplify the voices of women in international affairs and journalism. Bayrasli and Bohn were guest editors of our Winter 2016 / 2017 issue, which featured an all-women roster of contributors. Now, for International Women’s Day, we’ve moved select articles from the issue out from behind the paywall.

In their editors’ note, “Get in Formation,” Bayrasli and Bohn argue that, as long as institutions are male-dominated, society will continue to look to men as authorities. To address today’s challenges, we must insist on a media landscape where more women are quoted, bylined, and miked.

Nanjala Nyabola explores how, for women across the world, electoral politics can be a hostile and violent place. In “A seat at the table: The fight for gender parity in Kenya and Somalia,” she investigates the parliamentary quota systems in East Africa, showing how well they can work when supported with institutional will and how resoundingly they can fail when the patriarchy conspires to undo them.

Maura Elizabeth Cunningham continues the discussion in East Asia in “Good girls revolt: The future of feminism in China.” Given the limited right to assembly in the country, she argues, a mass feminist movement that confronts the Communist Party is unlikely to materialize. But fragmented and incremental pushes for women’s rights will continue for years to come, and they will be no less revolutionary for being quiet.

Moving back to the Western Hemisphere, Angelika Albaladejo examines reproductive health in “A ‘witch hunt against poor women’: Across the Americas, abortion laws are harming health and security.” Restrictive policies in El Salvador, Colombia, the U.S., and elsewhere are pushing women toward unsafe procedures, she writes, and current legislation only exacerbates the inequality, shame, and discrimination that women face across the Americas.

Be sure to add these pieces to your International Women’s Day reading list—they’re available for free until the end of March. To access the full issue, order a copy or subscribe through our publisher. The rest of the magazine features women writing on a wide range of topics, from insurgency in Thailand to Russia and Iran’s military ties to the implications of algorithmic bias. International affairs publications may still be dominated by men, but this issue demonstrates that their pages can be filled, just as skillfully, by women.