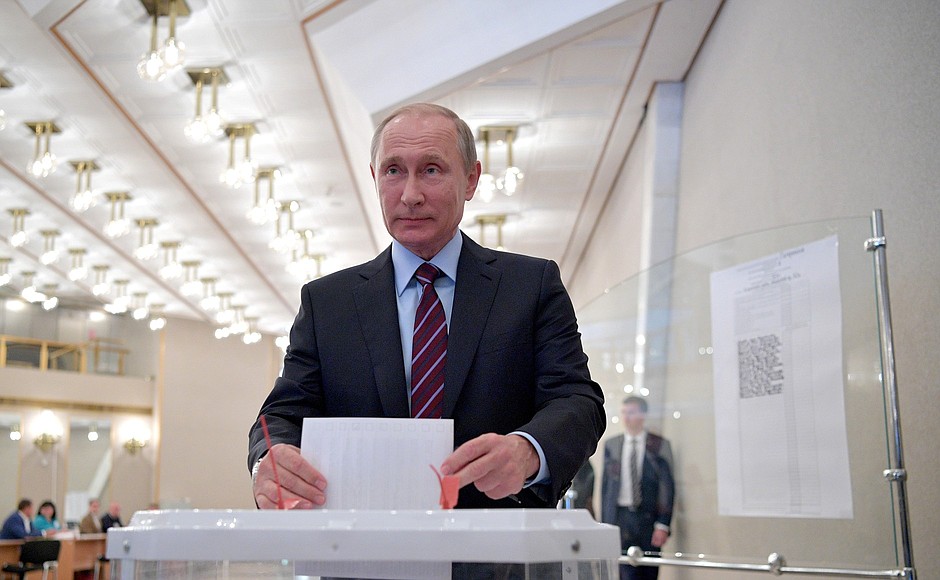 Russia recently re-elected Vladimir Putin to serve six more years as president. Putin has shaped Russia’s political landscape since 2000, and is now widely expected to keep doing so until he dies. His latest electoral victory was impressive: 76.7 percent voted for him with a 67.5 percent turnout. More than the talent of the incumbent’s team of “politechnologists” who, admittedly, skillfully engineered the campaign, this reflects a largely accepted state of affairs in the country. Certainly there was no serious alternative to candidate Putin, but few Russians were really sorry about it. Putin’s popularity appears to grow as he more overtly assumes the role of a benevolent czar, and Russians seem only superficially attached to democratic norms and institutions, as long as they have stability.

It would be easy to conclude that politics are steadily dying out in Russia. But that would be missing a vibrant part of political life in this country: local politics. This alternative political space allows for the expression of the democratic sentiment and civic engagement that seems absent on the national stage.

Local politics occupy a special place in Russia’s constitutional design. The 1993 Constitution guarantees local self-government as an institution separate from the top-down exercise of power by state authorities. This structure is not new: Local self-government in Russia dates back at least to the creation of the zemstva (local councils) by reformist Czar Alexander II in the late 19th century.

Language reveals how deep-rooted local politics are in Russian political culture. In Russian, “citizen” translates to both grazhdanin, meaning the republican citizen, and zhitel’, meaning the inhabitant, also understood as the local citizen. With this double civic identity a Russian citizen is granted two sets of constitutional rights, to be exercised in these two parallel, yet geographically overlapping, political spheres.

The fact that Russian constitutional tradition features direct local democracy alongside the representative republican model—thus combining two sources of legitimate power that, in theory, should not encroach on each other—is often overlooked. But it is a key factor in Russian political life, and the source of daily political conflict. Local politics, indeed, generate healthy debate and confrontation on both routine and far-reaching matters of governance. This is also a contested space, where locally elected representatives come up against state structures in a struggle for power.

Local self-government exists all over the world, but it takes on special importance in a country whose population, for historical reasons, has developed a firm tradition of mistrust toward governing elites and anyone else who holds power. Local politics, indeed, are the one sphere in which Russian citizens—zhiteli—can directly and perceptibly influence decision-making, as well as monitor implementation processes, including budget spending, on matters that affect their daily lives.

The issues under the purview of local government are far from trivial. They range from clearing ice and snow from the streets during Russia’s long and harsh winters, allowing economic and social life to go on, to designing and repairing neighborhood infrastructures with due consideration for the population’s health and safety. All localities, in theory, have or are granted the means to carry out these tasks—though funds are often diverted by systemic corruption. The extent to which local public service is properly provided depends, among other factors, on the involvement and watchfulness of the population and their elected representatives.

Local politics have also become the place where environmental activism thrives, while it remains marginal in national politics. Environmental concerns are often treated at the federal level as an ideological import from the West or dismissed as fads. But at the local level they appear, and can be addressed, as pragmatic and tangible concerns. In recent years, Russia has seen the emergence of a cohort of local activists whose pet causes are the preservation of a protected natural area, air pollution by a local factory, the illegal disposal of toxic waste, or the removal of trees to make way for new construction. More often than not, these activists are protesting against measures or actions that do not fall under local jurisdiction, but still affect the local level. While their efforts occasionally make regional or national headlines, they utilize local politics as a space for expression and mobilization. And their struggles sometimes reach beyond Russia’s borders: Most global media, from the BBC to Al Jazeera and the Washington Post, are covering the mass protests over the emission of toxic fumes from a landfill site in Volokolamsk, a city near Moscow—a case that has created considerable, albeit localized, political instability.

The umbrella notion of local self-government covers a wide array of forms and practices across Russia, some of them shaped by very old cultural and ethnic legacies. Regional variation also arises from disparities in localities’ significance to the state: Cities that are important to Russia in terms of national security or political and economic stability are granted a smaller margin of local self-government. And local administration responds to changes in the political climate: It is not uncommon today for mayors of big cities to be pressured or underhandedly replaced by state authorities if they are seen to foster anti-regime sentiments in their constituencies.

The institutional design of local self-government and its interaction with state authorities are objects of lively debate among a small but politically engaged intelligentsia. This debate captures a more general polarization in the country. The most opposition-minded legal or political experts criticize a recent series of reforms, some federal and others regional, that give state authorities increasing power over local politics. As the latest of a long series of examples, a bill was just passed in the Sverdlovsk region canceling direct suffrage in the election of Ekaterinburg’s mayor. This is widely suspected to be an attempt to prevent the city’s current mayor, Evgeny Royzman, from running again, and national opposition leaders united to condemn the move.

Other observers refuse to pass normative judgment, even if they agree that the effective impact of the reforms is to limit local self-government and strengthen the hand of the state. The consolidation of the ‘power vertical’ across Russia affects local politics, a realm that in theory is separated from national politics, but commentators are divided as to whether this is good or bad.

Looking at the national average, the level of popular engagement with local politics remains low. The Soviet legacy of political inertia and distrust of anything relating to the public sphere still weighs heavily on Russian society, although the trend has experienced ups and downs since the early 1990s. Well-off districts see higher levels of activism, suggesting some self-reinforcing patterns of socio-political inequality. Reasons to get involved in politics also vary greatly, from the Far East, where the political agenda is very much grounded in concrete socio-economic conditions, to the European part of Russia, where local activism tends to be more ideological. Altogether, citizens engage little with the routine of local self-government, but they seem keen to use local politics as a channel for mobilization in crisis situations, as well as for the expression of general political dissent.

The 2017 municipal elections in Moscow marked a turn in the history of local self-government. Moscow, like Saint Petersburg and now Sevastopol, a city on the Crimean Peninsula, is constitutionally defined as a ”city of federal importance” and therefore more tightly controlled by state authorities. This control manifests legally: In Moscow, for instance, the city hall is not a local institution but a state authority. The mayor of Moscow, rather than being a local representative, is the head of the executive branch of Moscow’s government, a status equivalent to that of regional governor. This leaves very little room (and almost no budget) for autonomous decision-making by local councils in the city’s dozens of districts. The mayor of Moscow (currently political heavyweight Sergey Sobyanin) is a central political figure, practically of federal importance, not least because he oversees critical investment flows and has the power to allow or forbid protest rallies in the country’s capital. But control is also exerted extra-legally: Until recently, the city hall had taken advantage of the lack of popular interest in local politics to place loyal members of the ruling party (United Russia) in local councils, ensuring the latter’s obedience to the central political line and effectively erasing the distinction between state and local administration.

In the run-up to the 2017 local election, federal opposition figure Dmitry Gudkov started a campaign to encourage engaged citizens in Moscow to run as local representatives. His success, which he hopes to replicate in Saint Petersburg next year, was unexpected. Not only did many Muscovites—including many young people—mobilize, but most of these untraditional candidates were also elected, thus completely changing the structure of local councils across the capital. The federal government did not fail to notice the change, and to appreciate its significance in terms of control over the most oppositional segment of the population.

Nineteenth-century zemstva (local councils) were instrumental in the political education and organization of the landowner class that pushed for constitutional reforms during the 1905 revolution. Similarly, today’s local politics, at least in big cities, increasingly look like a school of democracy for a resolute, if narrow, class of engaged citizens who see no alternative channel of participation. Citizens—grazhdane—might be barred from the rigged game of federal politics, but at the local level, zhiteli will likely keep Russia’s politics alive in the years to come.

Morgane Fert-Malka is a French freelance political analyst based in Moscow, Saint Petersburg, and Copenhagen. She focuses on Russia’s Arctic policies and on international relations in the Arctic. In addition to her doctoral research on Russian decision-making processes in the Arctic, she is committed to deciphering the complex and fascinating issues of international Arctic governance for the broadest possible audience. Twitter: @CuriousArctic.