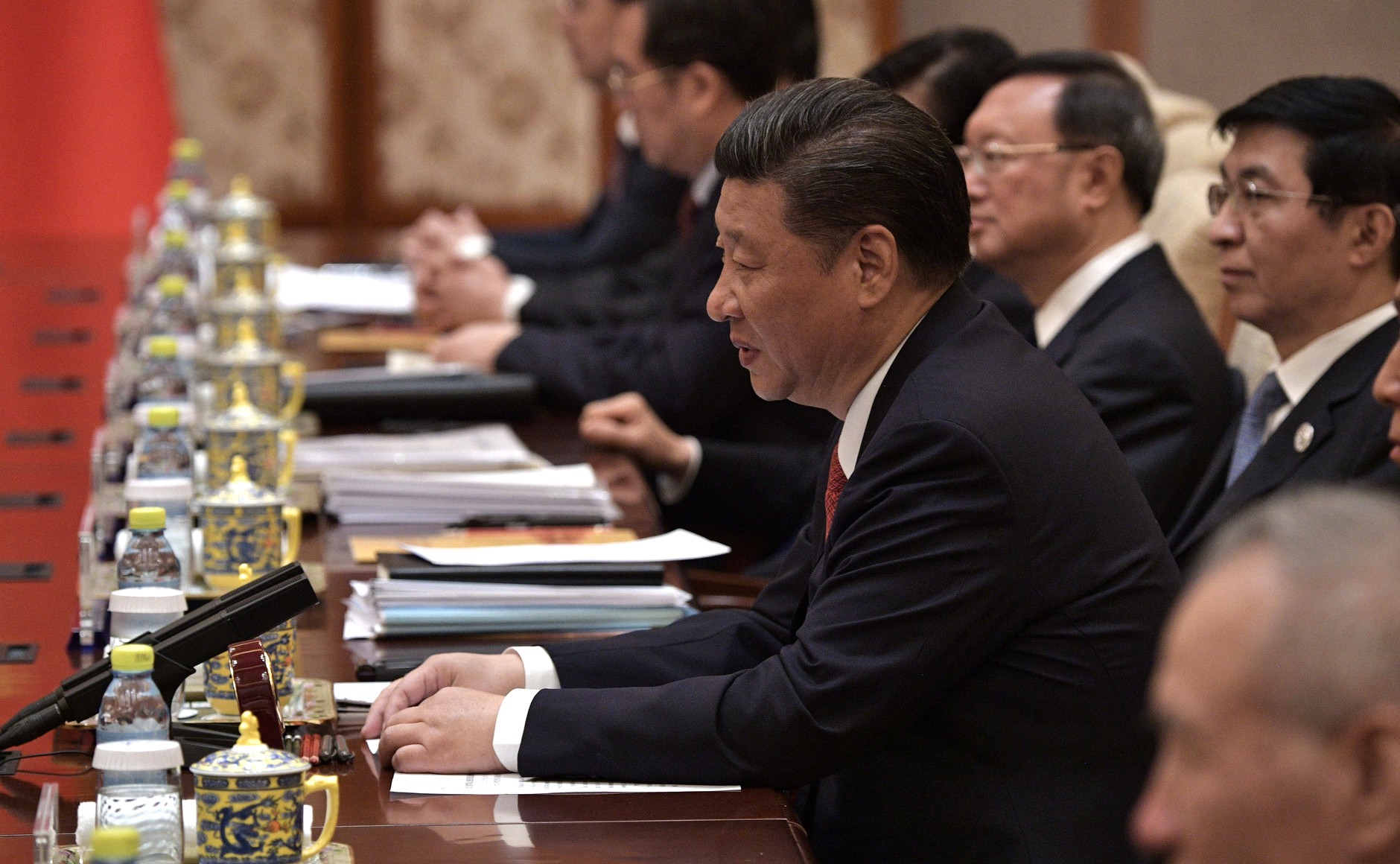 The potential U.S.-China trade war seems to be paused this week. The reasons are numerous. Certainly part of the story is the immense pushback from within the U.S. against Trump’s threats of $50 to $150 billion in new tariffs on Chinese products. This was predicable. I predicted it myself, among many others. Lack of competent staff work is also to blame. Trump’s demands were so scattershot and outlandish that reasonable negotiating possibilities were lost. The Wall Street Journal is going so far as to argue that, “incredibly, China appears to be winning.” One could say the same about North Korea, as similar problems appear to have jeopardized Trump’s recently cancelled nuclear summit.

Another way to state the failure of Trump’s China stance is that he is trying to fight “new economy” problems with “old economy” weapons. The U.S. Trade Representative (USTR) and many others complain that China’s “Made in China 2025” plan and its Cybersecurity Law illustrate the country’s intent to dominate not only basic manufacturing, in which it is already a world leader, but also high-tech manufacturing and internet-related companies. However, Trump is still thinking more about “old economy” manufacturing by trying to threaten tactics such as unilateral tariffs. He seems less able to understand tactics relevant to a “new economy” challenge.

The ineptness of his tariff weapon is illustrated by the fact that the Chinese threat of retaliatory tariffs mobilized opposition to the prospect of a tariff war the same way that Trump’s blunt threats of “fire and fury” against North Korea mobilized the South Korean leadership. Seoul opened a track for peaceful negotiations, which are now stymied by Trump’s failure to understand what they require to succeed. Both failures have a common root: Trump’s lack of concern for allies’ interests. His incapacity for empathy makes him a lousy negotiator. Success is facilitated by uniting the broadest possible coalition, rather than alienating allies by attacking in every direction at once. Mao Zedong expressed this idea with a pithy slogan: “Unite true friends; oppose real enemies.”

Last week public hearings in Washington about Trump’s proposed first round of $50 billion in tariffs on China revealed the broad extent of opposition to his threatened trade war—a war he claimed he could win. Thousands of U.S. companies, farmer organizations, and other interested groups testifying in person and in writing provided eloquent evidence of how much the U.S. would lose in a tariff war, both because U.S. companies now importing vital components would lose suppliers or pay much more, forcing them to cut production or raise prices, and because the proposed Chinese tariff retaliation would devastate key Trump political constituencies, including soybean and cotton farmers, for whom China is a critical market. Farmers are already losing as a result of rhetoric alone, as Chinese buyers have been shifting purchase contracts to countries unlikely to be embroiled in the expected trade war.

If, as the USTR’s own report suggests, the real problem of the future is China’s emergence as a leader in high-tech productive technologies and internet companies, then Trump should seek to cooperate with the very allies he is now alienating with various other tariff threats, including Germany, Japan, and South Korea. All three are major manufacturers of the kinds of equipment that China wants to build next. None of the three has a trade deficit with China. In fact, no major country other than the U.S. does. South Korea has the world’s largest trade surplus with China. Therefore, by focusing on the U.S. trade deficit as the metric of the problem and raising the ridiculous and impossible demand that China rebalance it by $200 billion, Trump missed the mark entirely. He alienated allies, domestic and foreign, instead of making friends.

A much smarter strategy that would have addressed a common problem, including that identified by the USTR, would be to call for global agreement on new trade and internet standards that would include privacy protections. The vast majority of U.S. and foreign companies support protection against theft of “trade secrets,” which China is widely accused of doing—though they are by no means alone. One of the foremost means for such theft, along with copyright and privacy violations, is the internet. However, global agreement on internet regulations will be difficult because the issue divides rival corporate, public, and governmental interests. Yet we do need more effective worldwide regulation to curb abuse of information power.

Ironically, China’s Cybersecurity Law could protect privacy from private spying better than existing U.S. and international regulations, while maintaining the “right” of its government to have a backdoor to spy using social media and other platforms. U.S. high-tech companies, including Facebook, are resistant to government regulation of private spying. In fact, their business model depends on monetizing user’s data. Most internet companies do the same. Most users realize this means selling their eyeballs to advertisers, but it goes far beyond that, as the Cambridge Analytica scandal shows. Harvesting users’ data without their knowledge is widespread. Once the data are captured, there are few limits in how it can be exploited politically or to discriminate in employment, insurance, credit, and other arenas. A resume might not be required for future interviews, because employers will have access to far more data about you than you might chose to reveal. China’s law is designed to secure internet users from corporate abuses of personal information, but the law’s methods are controversial with many foreign companies.

Since his campaign, Trump has consistently opposed multilateral solutions, opting instead for a go-it-alone unilateralism supposedly guided by “America First.” His growing list of foreign policy stalemates and failures—if not regrets, as with the Trans-Pacific Partnership—is largely because unilateral blustering is no substitute for uniting true friends to solve real problems.

PrevPreviousWhy Did Russia Just Attack Its Own Internet?
NextWhere are the Women in George Weah’s Liberia?Next
Shopping Basket