Where are the Women in George Weah’s Liberia? 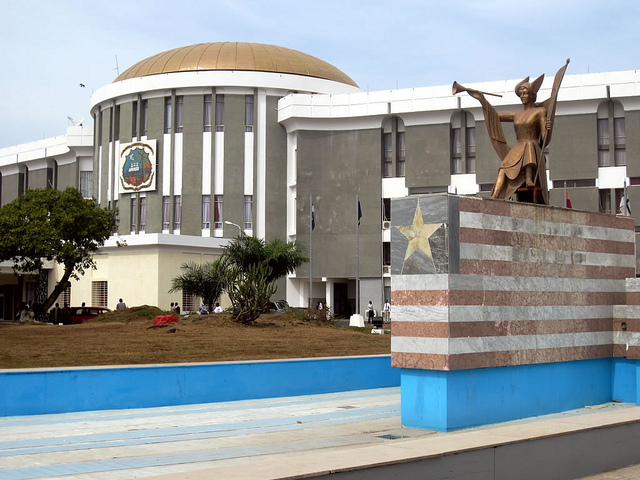 Liberian President George Weah has now marked his first 100 days in office. During this time he has announced a 25 percent cut to his own salary and fulfilled his campaign promise to waive exam fees for around 34,000 secondary school students. The government has also vowed to pay the salaries of hundreds of teachers and fill vacant positions, and presented plans to provide a digital registration system and free wifi at the University of Liberia. While these moves have been met with enthusiasm, we’re still waiting to see Weah take action on gender issues. Little has been done to increase, or even maintain, the level of political input and leadership that women enjoyed under former president Ellen Johnson Sirleaf.

Johnson Sirleaf was elected as Liberia’s leader in November 2005, and served 12 years before her term ended earlier this year. During her time as president, Johnson Sirleaf appointed women to various high-level positions, including the ministers of commerce, administration, and finance. The Liberian Action Plan on women, peace, and security sought to increase women’s participation in rebuilding the country after two civil wars.

But the end of the Sirleaf administration left Liberia without a clear path forward when it comes to female leadership and dealing with issues such as gender-based violence, female genital mutilation, and early marriages. Sirleaf’s government acknowledged these challenges and worked toward overcoming them, but the issues proved to be too complex and profound for a single administration to tackle fully. In some ways, the end of her tenure seemed to indicate a reversal of this progress. When Liberians went to the polls in 2017 to elect her successor, 21 of the 22 presidential candidates were male. And only three out of the 22 political parties had women as their vice-presidential nominees.

As a feminist, what surprised me most was the absence of a woman on the presidential ballot for the party that birthed Johnson Sirleaf’s ascent to power as Africa’s first elected female head of state. It appeared that a backlash against the Sirleaf era was beginning to surface.

At the end of both the presidential and legislative elections, only nine women were elected to fill the 73 seats in the legislature. Perhaps the only silver lining for the cause of female leadership was the election of Jewel Howard Taylor, who previously served for 12 years as a senator, as vice president on the presidential ticket of George Weah’s Coalition for Democratic Change (CDC).

Speaking at a program hosted by the Women of Liberia two days before his Jan. 22 inauguration, then-president-elect Weah said his administration would work side by side with women. “We believe that women can compete, and we believe that the Liberian women in our society can also perform. When they were requesting for 30 percent women, I was proposing 50 percent women participation,” he said.

Many of us believed at the time that his statement was an indication of his commitment to secure equal participation for women in the leadership of his government.

Yet, 24 hours after his inauguration, he announced his first set of cabinet appointees—all men. Now, more than 100 days into his presidency, an increasing number of appointed positions are being filled, and only two out of the 17 nominated cabinet ministers are women.

This declining trend in the political participation of women does not come as a surprise, as Liberia remains a largely male-dominated society. Despite the decade-long leadership of a female president, a broader culture of women in positions of political authority never developed.

In fact, the number of women we saw in the previous administration was thanks to the choices of Johnson Sirleaf, who used her constitutional power to appoint more women to leadership positions. This discretionary power is clearly unsustainable as a means to expanding female participation in government, though, as it leaves those decisions at the mercy of the president.

Even now, while President Weah’s pro-poor agenda has gained a lot of visibility on social media and in the public space, he seems to lack a pro-women agenda.

These developments are a cause for sober reflection on the prospects for ensuring gender parity in political participation. Over the past 12 years, women became more visible in and out of political settings. Despite the absence of a culture of continuous female leadership, feminists and women survived and thrived in the space Johnson Sirleaf created. But now we must ensure that progress does not end with her term.

Liberia is a signatory to outstanding legal frameworks and protocols that promote the advancement of women. For example, the Convention on the Elimination of All Forms of Discrimination against Women explicitly requires states that have ratified the agreement (such as Liberia as of 1984) to accord to women equality with men. More recently, the Liberian House of Representatives concurred with the Senate to pass the Equal Representation and Participation Act of 2016, establishing seven Special Constituencies, which would reserve five seats for women, one for youth, and one for the disabled. This act has not yet been finalized, but it is intended to increase the participation of women and marginalized groups in formal politics.

President Weah must uphold the values of these legal frameworks that promote social justice and increase women’s access to political and economic participation. He needs to stay true to his promise of working side by side with women by appointing them to more prominent positions.

As we wait for this to happen, women in Liberia will continue to face the task of dismantling and unpacking patriarchal structures that favor only their male counterparts, giving them power and privilege. For too long, women have endured resistance on gender issues. The backlash against Johnson Sirleaf’s presidency has left most women either shocked or disappointed. It became more visible shortly before the election of her successor, when the Liberian Senate—on a day only eight of the 30 members were present, all of them men—amended the country’s rape law, making the crime a bailable offense. The law had previously stated that those accused of rape could not be released on bail, and perpetrators had no access to parole while serving their prison terms. The amended version of the law has now been sent to the House of Representatives for concurrence. It’s common to hear people openly say that it is time to move on—that we had a woman in power for 12 years, and that then, not now, was the time to put women’s issues first.

As Weah’s term has progressed, we have become even more disappointed with the flagrant disregard for women’s leadership and participation this government has shown in such a short period. But we must not give up; instead, we will keep advocating for equal rights. We must be hopeful that our voices will be heard and that the “change” promised by President Weah will include gender equality. We have no other choice.

Naomi Tulay-Solanke is a Liberian Feminist gender activist and an Aspen New Voices Fellow. Follow her on Twitter @communityheal10. 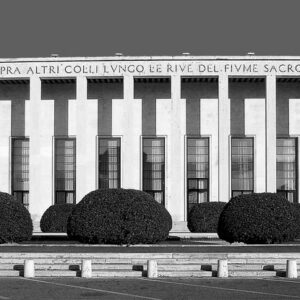