About a month before Italy’s disastrously inconclusive March elections, Giorgia Meloni, the flaxen-haired leader of the far-right Brothers of Italy party, stood in the gusty winter wind to kick off her campaign in front of the crowd that had gathered in Latina’s Piazza del Popolo. At her side was Rachele Mussolini, a local candidate for her party who just happens to be the granddaughter of Benito Mussolini. Meloni took Mussolini’s granddaughter’s hand in hers and raised it in the air. “We want to win back this symbolic place in the history of the Italian right,” Meloni yelled over raucous applause from the packed piazza.

The town of Latina, about 45 miles south of Rome, was hardly a random choice from which to inaugurate the short campaign season for Brothers of Italy, which was born from the ashes of the post-fascist Socialist Movement, an organization it has hardly deviated from in either policy or ideology. Nor did Meloni arbitrarily choose the woman she shared the platform with. In 1932, Benito Mussolini founded this town as a bastion to fascism. Originally called Littoria, the dictator envisioned it as a place for sophisticated northern Italians to settle en masse in southern Italy without having to integrate or actually live among the southerners, who were mostly farmers and peasants. Mussolini, who was born in the north, also wanted to ingratiate himself with southerners who viewed their northern compatriots with skepticism. He did so by literally draining the swamps along the seaside, eradicating malaria and building dunes in order to create large swaths of new property near Rome. His aim was to bolster his base around the Italian capital, and from there, to expand the New Fascist Roman Empire across Europe, Africa, and the Middle East.

Mussolini’s brand of fascism appealed to those who wanted to eradicate old institutions. He spoke of overthrowing the “elites” through a mix of nationalist and social policies, adopting an “Italy first” mantra. He appealed to lower- and working-class voters by promising to repair Italy’s failing infrastructure, much of which had been heavily damaged during World War I, and by pledging to develop the grain market so the country could produce its own bread and pasta. To underscore his ambitions, Mussolini created neighborhoods and even entire towns that would serve as long-standing monuments to fascism. In the capital, he built the Esposizione Universale Roma (EUR) neighborhood. Now one of the city’s poshest residential addresses, it still boasts fascist facades.

By 1945, Mussolini had been executed and fascism defeated, yet monumental towns like Latina still stand. It has of late been affiliated with organized crime and international terrorism (Anis Amri, the Islamic terrorist who killed a dozen people with a truck at a Berlin Christmas market in 2016, lived here). In the center of town, Latina’s city hall is set in a tower facing the Piazza del Popolo. At its base is an inscription beckoning peasants to “look at the tower rising above the plains as a symbol of Fascist power.” As the backdrop for Meloni’s speech, the imagery was picture-perfect.

Barbie Latza Nadeau is an American journalist and author based in Rome. Her latest book is Roadmap to Hell: Sex, Drugs, and Guns on the Mafia Coast (Oneworld, 2018) about sex trafficking and organized crime, and she is the Rome bureau chief for The Daily Beast and a CNN contributor.

CLICK TO READ MORE FROM OUR SUMMER 2018 “MEGALOMANIA” ISSUE 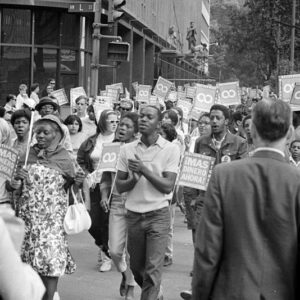 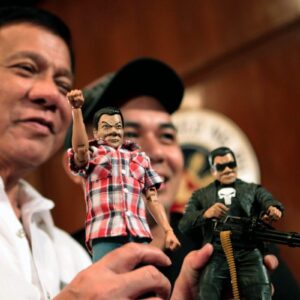