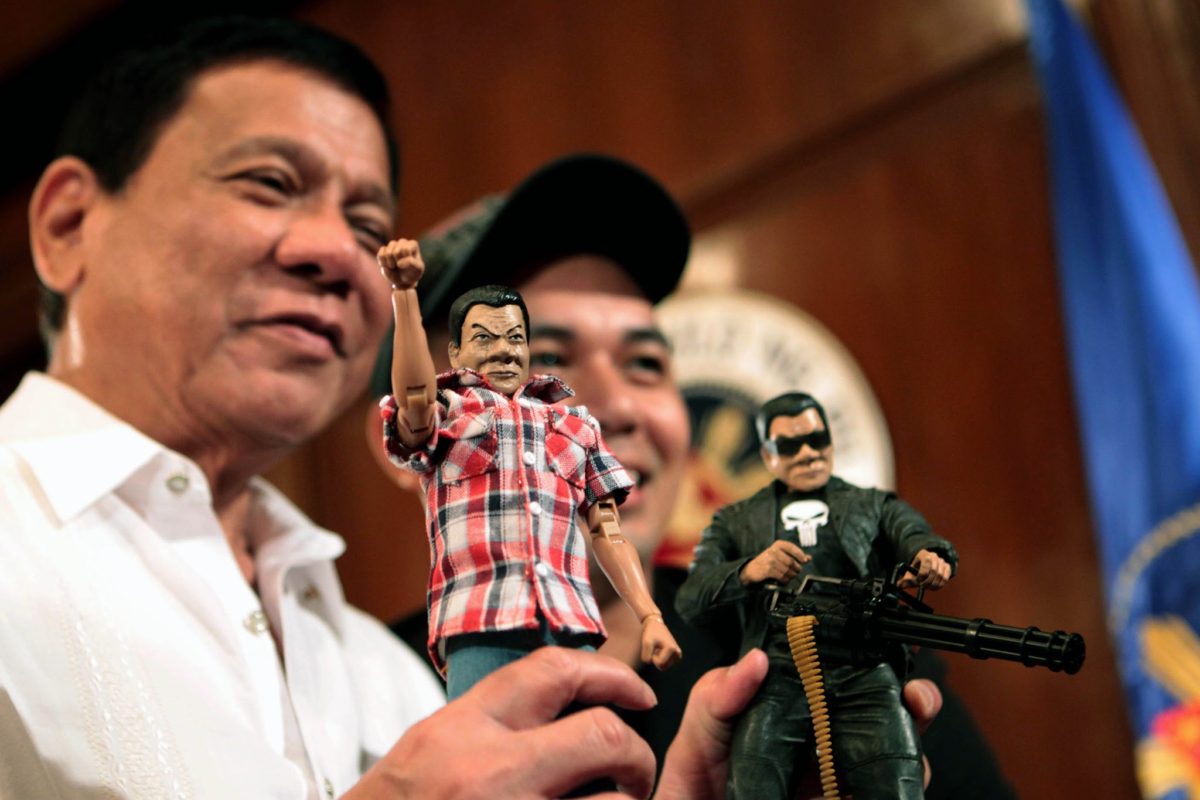 “I know that there are those who do not approve of my methods of fighting criminality,” Rodrigo Duterte announced in his first speech after being sworn in as president of the Philippines on June 30, 2016. Despite having been mayor of the war-torn city of Davao for more than two decades, the new president was a political outsider, having narrowly secured his victory after a late turnaround in the polls. In his inaugural address, he was referring to criticism and accusations that had hounded him throughout the campaign—that in his confrontations with a communist insurgency, Islamist rebellion, and illegal drug epidemic, he had ordered the killing of hundreds of suspected criminals and even admitted to shooting some of them personally:

“They say that my methods are unorthodox and verge on the illegal. In response, let me say this: I have seen how corruption bled the government of funds, which were allocated for the use in uplifting the poor from the mire they are in. I have seen how illegal drugs destroyed individuals and ruined family relationships. I have seen how criminality, by means all foul, snatched from the innocent and the unsuspecting, the years and years of accumulated savings. Years of toil and then, suddenly, they are back to where they started. Look at this from that perspective and tell me that I am wrong. In this fight, I ask Congress and the Commission on Human Rights and all others who are similarly situated to allow us a level of governance that is consistent to our mandate. The fight will be relentless and it will be sustained.”

Davao City is why many Filipinos chose Duterte over his rivals. One of the largest cities in the Philippines (and the largest on the island of Mindanao), Duterte raised Davao from the ashes of rampant crime in the 1970s and transformed it into a bustling metropolis. He rid the streets of violence, negotiated a truce with communist rebels, and welcomed in business. The mayor’s draconian style made him a ruthless arbiter of the law, and he managed to persuade rebels to do their fighting elsewhere, away from his turf. He also made use of more aggressive tactics. During his time as mayor, he likes to tell journalists, he had criminals thrown from flying helicopters. He once advised police in a nearby city that the best way to fight the drug trade was to “throw [drug lords and users] to the sea where their bodies will be eaten by the fish.”

Duterte’s equal exercise of charm and terror for more than two decades turned Davao into Mindanao’s economic and political capital, the aberration in a region that plays host to warlords, syndicates, militants, and terrorists. If he could change Davao, the logic goes, what would stop him from changing the entire Philippines, which continues to be held back by crime, insurgency, and corruption?

Glenda M. Gloria is managing editor and co-founder of Rappler, the Philippines’ top social news network, and a 2018 Nieman Fellow at Harvard University. A veteran journalist, she has spent the last three decades reporting, investigating, writing, teaching, and managing newsrooms.

CLICK TO READ MORE FROM OUR SUMMER 2018 “MEGALOMANIA” ISSUE