With the U.S. midterm elections fast approaching, a comprehensive deal with North Korea may be Trump's best gamble

From the beginning of his presidential campaign, it’s been clear that Donald Trump is a hardcore economic nationalist. His recent trade actions with regard to China and various U.S. allies, as well as the G-7 blowup last week, confirm he is not playing by the set of rules liberal internationalists take for granted. Tuesday’s whirlwind summit with North Korean leader Kim Jong Un continues the pattern. There is, in fact, method in Trump’s apparent “madness.”

The clues are there for those savvy enough to see them. The document signed in Singapore by Trump and Kim is rather vague, but hints by Trump and Secretary of State Mike Pompeo start to fill in the missing details. One revealing tell was Trump’s promise to end joint U.S.-South Korean military exercises for the duration of the talks with North Korea, as long as progress continues. Another strong hint came when Pompeo told the press that the U.S. would provide North Korea with “sufficient certainty” that denuclearization “is not something that ends badly for them,” and that the U.S. was “prepared to take what will be assurances that are different, unique, than America’s been willing to provide previously.”

More has happened than has reached the public. Trump likes it that way. The public agreement is window dressing for the behind-the-scenes negotiations carried out by Pompeo to iron out the real details. As Pompeo indicated to a reporter, those secret talks appear to have proceeded much further than Trump is willing to admit. Liberals criticize him for being unprepared and getting swindled by Kim, but the way Trump sees it, when the real agreement is revealed, such media harping will look insignificant and small minded. Still, there’s a possibility that foot-dragging on either side will undermine the process.

I previously outlined the major elements of the security assurances Trump and Pompeo may present to Kim: a peace treaty finally ending the Korean War; U.S. normalization of relations with North Korea, including exchange of ambassadors and opening of commercial ties; removal of U.S. nuclear weapons from Korea, which probably precludes warship visits; and mutual demilitarization of the Korean peninsula, including North Korean demilitarization beyond denuclearization, linked to phased U.S. troop withdrawals from South Korea. Two previous denuclearization agreements failed not just because of North Korean cheating, but also because the U.S. was never willing to grant truly broad security assurances to the North. In making unprecedented offers to Pyongyang, Trump and Pompeo may be turning this corner.

Trump will be criticized for ceasing military exercises and thereby jeopardizing the readiness of U.S. forces deployed in South Korea. This criticism will only have bite if Trump does not make a sweeping deal trading denuclearization for North Korean security. Just as Kim no longer needs to test his nuclear weapons and missiles if he intends to trade them away, Trump no longer needs to exercise U.S. forces if he intends to remove them, perhaps gradually, from South Korea. He noted Tuesday that the U.S. military exercises with South Korean forces cost the U.S. a lot of money. Months ago he also suggested on Twitter that he might pull U.S. troops out of the country—which would save much more money than merely eliminating military exercises.

If Trump pulls off a deal, his poll numbers will rise significantly as the 2018 midterm elections approach. Current skepticism about the outcome of negotiations will magnify the boost even more. Trump may also use progress toward a Korea settlement as a way to distract from forthcoming revelations by the Mueller investigation. He knows he needs a big foreign policy victory to win the leadership credibility he cannot gain on domestic issues. He is in a situation much like the one President Richard Nixon faced in 1972 when three major foreign policy coups—opening to China, détente with the Soviet Union, and Henry Kissinger’s “peace is at hand” claim about Vietnam—assured his massive reelection win.

On the other hand, any popularity Trump may gain from settling the Korean nuclear issue may be overwhelmed if pending trade wars with all of the U.S.’s top trading partners heat up and more damning revelations emerge from the Mueller investigation. Still, at the moment, a comprehensive Korea settlement is his best gamble. 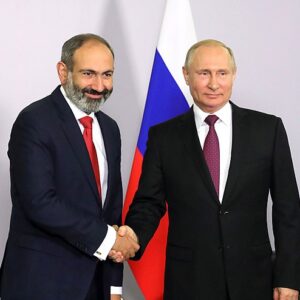 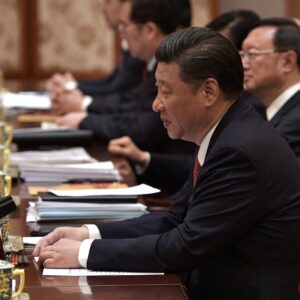