On the Front Pages 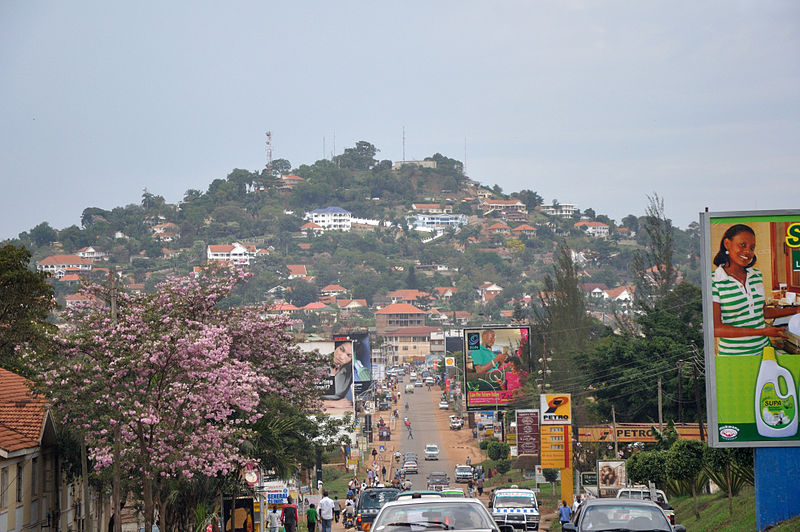 Imagine waking up one morning and seeing your image plastered all over print and social media under headlines that label you a lesbian and accuse you of abusing women on your sports team.

This recently happened to Faridah Bulega, head coach of the Ugandan national women’s soccer team. Bulega says her attempts to expose cases of sexual assault on one of the teams in the women’s league resulted in her being targeted by male colleagues. They painted her as a predator who took advantage of a younger female player. Now, in a country where it is dangerous to be gay, her life has been turned upside down by the media attention; the accusation has forced her to leave her home to seek safe shelter elsewhere.

This is not an isolated incident. As the equality and non-discrimination program officer at Chapter Four Uganda, I am occasionally presented with similar cases that are less public than Bulega’s, but where individuals perceived to be LGBT are subjected to blackmail, extortion, gross invasion of privacy, unfair treatment, and discrimination in the workplace. Their accusers benefit from a media environment that castigates LGBT individuals without much concern for the truth.

When it comes to news stories involving perceived LGBT individuals, the Ugandan media rarely seeks the facts of a case but instead engages in sensationalism. There are no ethical considerations of the dangers of outing someone as LGBT, nor is there any effort to allow the subjects of these stories to speak for themselves. In all the reports that the media published about Bulega’s alleged misconduct, for instance, none sought out her response. (Bulega gave permission for her story to be used in this article.)

Since 2009, Uganda has been under international scrutiny for the draconian Anti-Homosexuality Act, which was eventually passed in 2014. Earlier versions of the law proposed the death penalty for “aggravated homosexuality” and sanctions for anyone who failed to report suspected homosexuals. It went further to propose life imprisonment sentences for consensual same-sex adult relationships, including “touching with intent.” In addition, the law sought to criminalize advocates and organizations working to advance the human rights of LGBT Ugandans.

As an openly lesbian woman and LGBT activist, I experienced this homophobia and discrimination firsthand when I was arrested and harassed by police for organizing Uganda’s annual gay pride in 2016. But it is also something I live with every day, when I am afraid to hold my girlfriend’s hand at a restaurant for fear of harassment, when I have to move from one house to another every other month due to threats of violence, or when the simple act of walking on the streets of Kampala fills me with unease and anxiety.

Ugandan politicians, religious leaders, and cultural figures fueled the nationwide vigilantism against the LGBT community by spreading false claims—that LGBT people were recruiting children to homosexuality, or that acceptance of homosexuality would lead the Ugandan population to extinction. The spread of such misconceptions promoted the anti-gay campaign’s agenda—fueled in part by American evangelists—while the LGBT community, which until a decade ago had largely been ignored, suffered the consequences of targeted homophobia. Families denounced and condemned their children, LGBT individuals became victims of mob violence, and cases of extortion and blackmail increased. To survive the onslaught, hundreds were forced to flee the country.

Uganda’s widespread homophobia is both reflected in and reinforced by negative media coverage. Since 2009, there has been an increase in the number of sensational media outings of suspected or perceived LGBT individuals. At Chapter Four Uganda, we have handled over 30 cases where “threat of outing” in the media is used for extortion and blackmail. Many perceived or actual LGBT individuals, including myself, have appeared on the front pages of print newspapers under headlines such as “Top 200 Homosexuals Exposed,” “Hang Them. They are After our Kids,” and “Homosexual Generals Plotted Kampala Terror Attacks.”

As we examine the role of media during this time, one case stands out as an example of the growing witch hunt. In 2013, after a tip from an extortionist, the tabloid newspaper Red Pepper acquired a private sex tape featuring well-respected national football manager Chris Mubiru, and subsequently published a photo spread with intimate details from the video. After a lengthy court process that led to a magistrate handing down a 10-year conviction for sodomy, the high court in 2015 overturned the decision citing flawed evidence. But the damage to his reputation was already done.

Ugandan LGBT activists have fought back against this unethical and damaging practice of outing individuals. In a 2010 lawsuit, three Ugandan LGBT activists won a case against the Kampala-based investigative newspaper Rolling Stone (which has no connection to the U.S.-based magazine of the same name), which published an article urging the government to take “a bold step by hanging dozens of homosexuals” and alleged that “gays are after very young kids, who are easily brainwashed toward bisexual orientation.”

But while the court ruled that the newspaper had violated the petitioners’ right to privacy and imposed fines that eventually led to Rolling Stone’s closure, other newspapers like Red Pepper continue to publish damaging and fictitious stories about Ugandans perceived to be LGBT. Being “outed” by the media can be a matter of life and death; the target of such a report may be exposed to violence, loss of employment, and family ostracism.

Attempts by activists to curb further outings by citing the 2010 ruling have been futile. The proprietors of media houses still accept the practice, claiming that it is in the interest of the public to identify homosexuals and their allies, in order to eliminate the vice. But it is also clear to see that the media benefit financially from peddling sensationalized stories.

In Uganda, as in other countries where the media plays a critical role in shaping perceptions of social issues, the practices of “outing” and one-sided journalism are unprofessional and dangerous. We all deserve to be protected from the consequences of false accusations and invasion of privacy, and we all should have the chance to defend ourselves and give comments in stories we are featured in. To ensure this, media practitioners must prioritize ethical and objective reporting, and the public must hold the media accountable by demanding the same—and by boycotting media houses that fail to meet these standards. Official regulatory bodies like the Ugandan Communications Commission must indiscriminately enforce existing laws and policies that govern the operations and good practices of media houses.

A day before her blackmailers’ threats to expose her were realized in print, Bulega described to me the unfortunate events that had led to her current predicament. As I sat and listened to her story, I worried about the inevitable media storm that would follow her being outed. Thinking back on my own experience, I knew that her life would never be the same again. For her sake, and that of other LGBT persons, the media must be held accountable for its role in perpetuating discrimination and violence.

Clare Byarugaba coordinates the Equality and Non-Discrimination program at Chapter Four Uganda, an organization that focuses on the promotion of civil liberties for all. She is an Aspen New Voices Fellow. Follow her on Twitter @clarekabale.